Potter’s Wheel is used in Scripture to represent a creating God. In other words, it highlights the fact that God has unlimited and unrestricted creative abilities, both in what He makes as well as what characteristics He endows His creatures with.

The Potter’s Wheel has a symbolism associated with it. He describes the creative activity of God in making things the way He wishes them to be.

God cannot be held responsible for how He makes things. There is no right of a creature to demand or rebuke God for how He made them. God works according to the method that brings glory to Himself, how he decides, and neither man nor angel has the right to rebuke God for anything. Satan will use anything he can to attack the righteousness of God, but Satan has to deal with God as his Creator, and as sure he (being a creature like us) has no authority nor right to tell God He has worked incorrectly.

The no-rebuke and no-complaint points are very important because a creature must accept the will of the Creator for their life. The potter makes one vessel for glory and another for dishonor. For example, one vessel to sit on the table while you eat, and another to wash your backside after going to the bathroom. One light is a chandelier and another one is a hall light for the bathroom at night. That is the decision of the Potter and not the thing created.

God as Creator are works about God’s bring other things, persons, etc. into existence in the Creation that God has made. This act is God acting as a Creator. God thinks and works holistically. God made man, but God also made animals and plants before he made man so that man could sustain himself by having things to eat. God made man, but God in his wisdom understood that man alone is really boring and depressing, so he made a different kind of “man”, woman. That really livened thing up for man and men!

Personal Comment – A minister is a slave or servant (ownership is not particularly a concept with this concept, so whether the servant is your property or you are paying him as an employee, or he is doing this of his own free will, all are mixed in the concept). The concept here is that somebody is doing things for your personal benefit, or to an organization (ministers serve God by serving the church which is made up of individual members). The principle concept is to be of use or service to the one you serve.

END_OF_DOCUMENT_TOKEN_TO_BE_REPLACED

Personal Note – Holy means separated from the common, mundane of the world, and especially from the commonness which is now man, i.e. sin. Holy refers to that which pertains to God and his distinctiveness which is based in his character, purity, goodness, rightness, etc. We are holy when we become like God. That which is not like God is unholy, and there is yet further degrees of unholiness which become abominations in God’s sight. Holiness is a way of living that is pleasing in the sight of God, and this means being like Christ, being like God.

END_OF_DOCUMENT_TOKEN_TO_BE_REPLACED

Subscribe to receive an email every time something posts.

Because of a constant assault on my websites, I no longer allow comments. For comments, recomendations, requests, copyright complaints, etc. Please email [email protected] (remove the "+"s to make a single email address). Please include the name of the website you are commenting on.

How to make strong passwords

How to make strong passwords PC Mag Check how long to break your password. 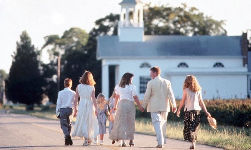 Solution I just won't Go to Church Meditations on why and with what motive we participate in church. Are you part of the Redeemed? If you are, then how do you identify with that group? Isn't it by being a part of a group of the redeemed? (a church) Does God require you to congregate? Hebrews 10:24-25 What if there are no good churches around me? Corporate worship is essential in your Christian life. Edifying and being edified.